Braefell Weimaraners started in 2001 when we acquired our first dog Zac (Ch Easdale Ridge JW ShCM).  The Braefell affix was actually granted in 2003 and as Zac had already gained his stud book number by gaining his Junior Warrant, we were unable to add it to his name.

Zac was a great introduction to Weimaraners for us and was originally just bought as a family pet with the intention to maybe give working and showing a try.  By the end of 2005 Zac was Top Weimaraner that year and also gained his Show Champion title and his Champion title when he gained a Field Trial award in the same year.

Teal (Sireva Havoc of Braefell JW ShCM) came to us in 2002 and was the first of our dogs to carry the Braefell affix.  He did very well in his show career and especially at open shows where he won won a few Best in Shows’s and Reserve Best in Show’s. 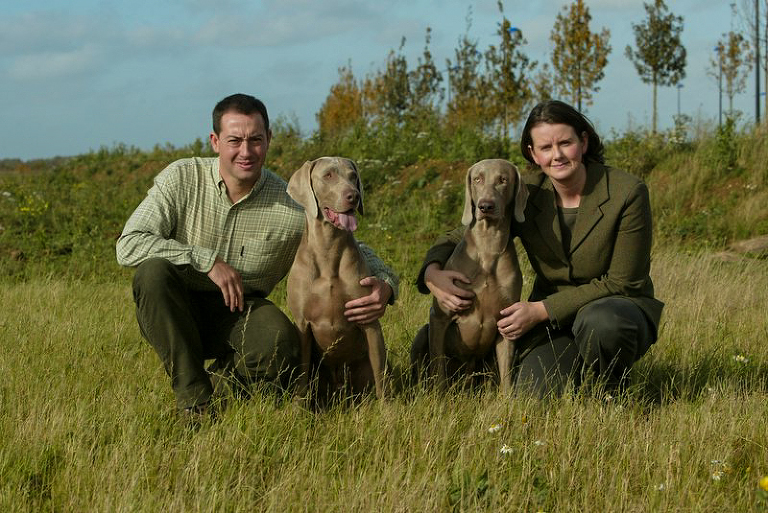 Our first girl, Bracken (Sh Ch Astrazone Avocet to Braefell JW ShCM) is a very special girl as her Grandad’s are both Zac and Bramley, it is so nice to have them both in her lines.  She has delighted us by being made up to a Show Champion just before her 3rd birthday in 2016.

Our new addition is from our first home bred litter from Bracken, we have kept a girl called Paisley (Sh Ch Braefell Firecrest JW) born in January 2017. We moved to Scotland in 2019, so she wasn’t shown much but we were so proud when she won her 1st CC and BOB at LKA at the end of 2019. Then due to the pandemic her next show wasn’t until East of England in July 2021 where she was awarded her 2nd CC and BOB.

Bracken had her second and final litter in February 2020 and we kept a girl called Bumble (Brafell Bumblebee) due to Covid-19 and the litter we have been unable to get to any shows so far in 2020, and it looks like there won’t be any shows for the rest of 2020. Bumble finally got to her first Champ Show in July 2021.

All of our Weimaraners have been shown and worked on local shoots, making them dual purpose Weimaraners and ‘fit for function’.

She is also on judging lists with the relevant clubs for the GSP, Pointer, Italian Spinone, Hungarian Viszla, English Setter, Curly Coated Retriever and Bracco Italiano; and has successfully completed seminars (non-assessment) in these breeds.

Debbie is the Breed Education Coordinator for the Weimaraner, a role that liaises between the Weimaraner Breed Clubs and the Kennel Club with regards to Judges Education.