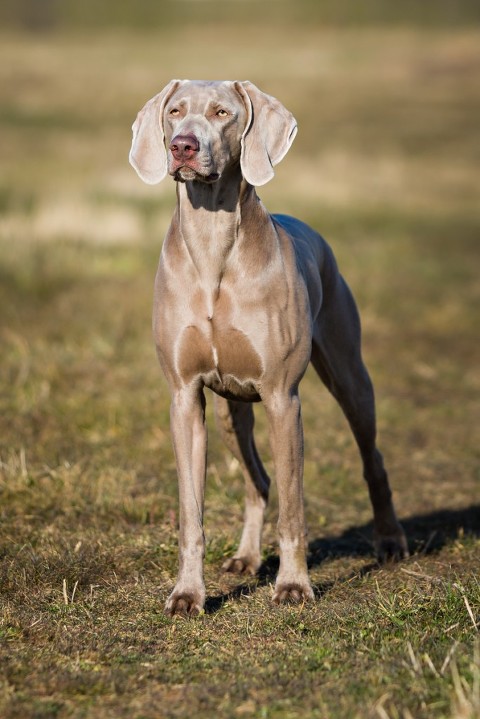 Bracken gained her Show Champion title in September 2016 (3 days before her 3rd birthday).

Achieved her Show Certificate of Merit (ShCM) in February 2018.

Achieved her Junior Warrant and received her Stud Book Number at 16 months old in February 2015.

Qualified for the East Anglian Supermatch 2017. 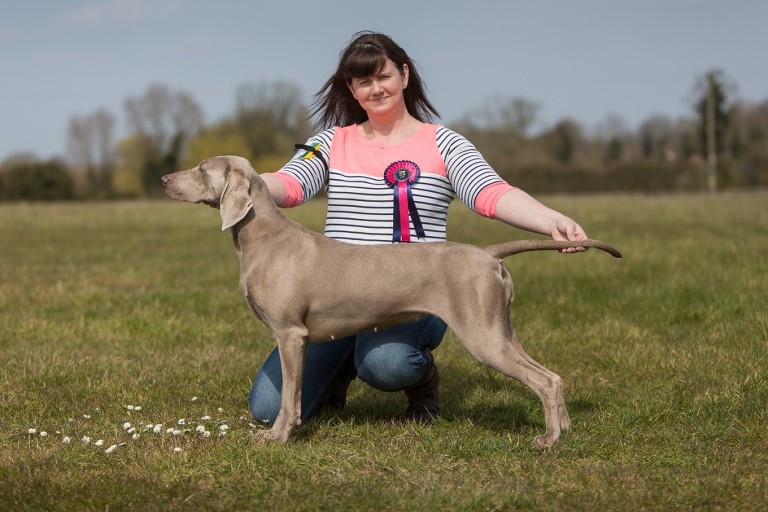 She has achieved at Championship Show Level:

BCC and RBIS at Weimaraner Club of Scotland 2016

BCC and BOB at City of Birmingham 2016

RESERVE BEST IN SHOW at Weimaraner Club of Scotland 2016 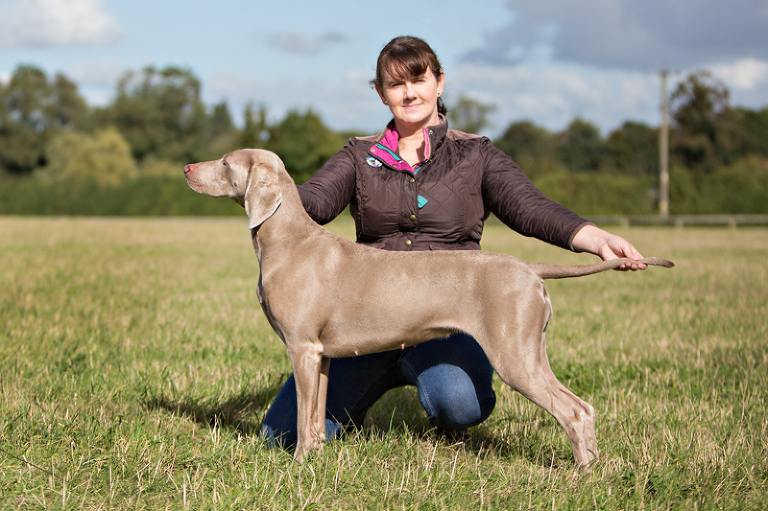 She has achieved at Open Show Level:

2 x 1st in the Champion Stakes 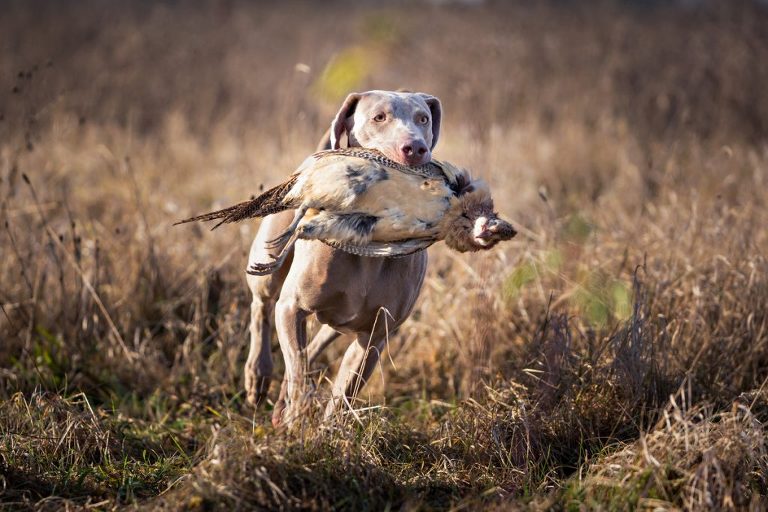 Bracken is doing really well with her gundog training and coming on steadily and has been training with a great group at Arany HPR Gundog Training throughout the year.  She has also been on our local shoot, this season she is retrieving game and hunting well.  The photo above is from our own training using cold game from our local shoot.