19th November 2017-Have spent the last week in the Lake District at the fabulous Low Nest Farm on our holidays.  The last few days of this we were joined by four of the other puppies from Bracken’s litter and their owners.  So Paisley was joined by Gabbi, Reuben, Xena and Seren.  Actually Gabbi is lucky enough to live at Low Nest Farm.  We were also joined by Xena’s best friend Luna, a Hungarian Viszla, and also the puppies Dad Shiloh who Reuben lives with.  We had such a fabulous time.  Here is a photo of Mum Bracken, Dad Shiloh, five of the puppies and Luna:

12th November 2017-Today was the first time that I awarded Challenge Certificates in Weimaraners at the Weimaraner Club of Scotland.  Had a great time with some lovely dogs to judge and received some lovely gifts from the Club.  Thank You. 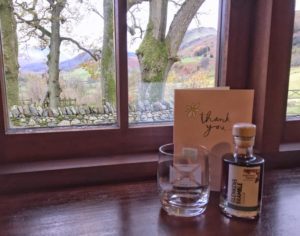